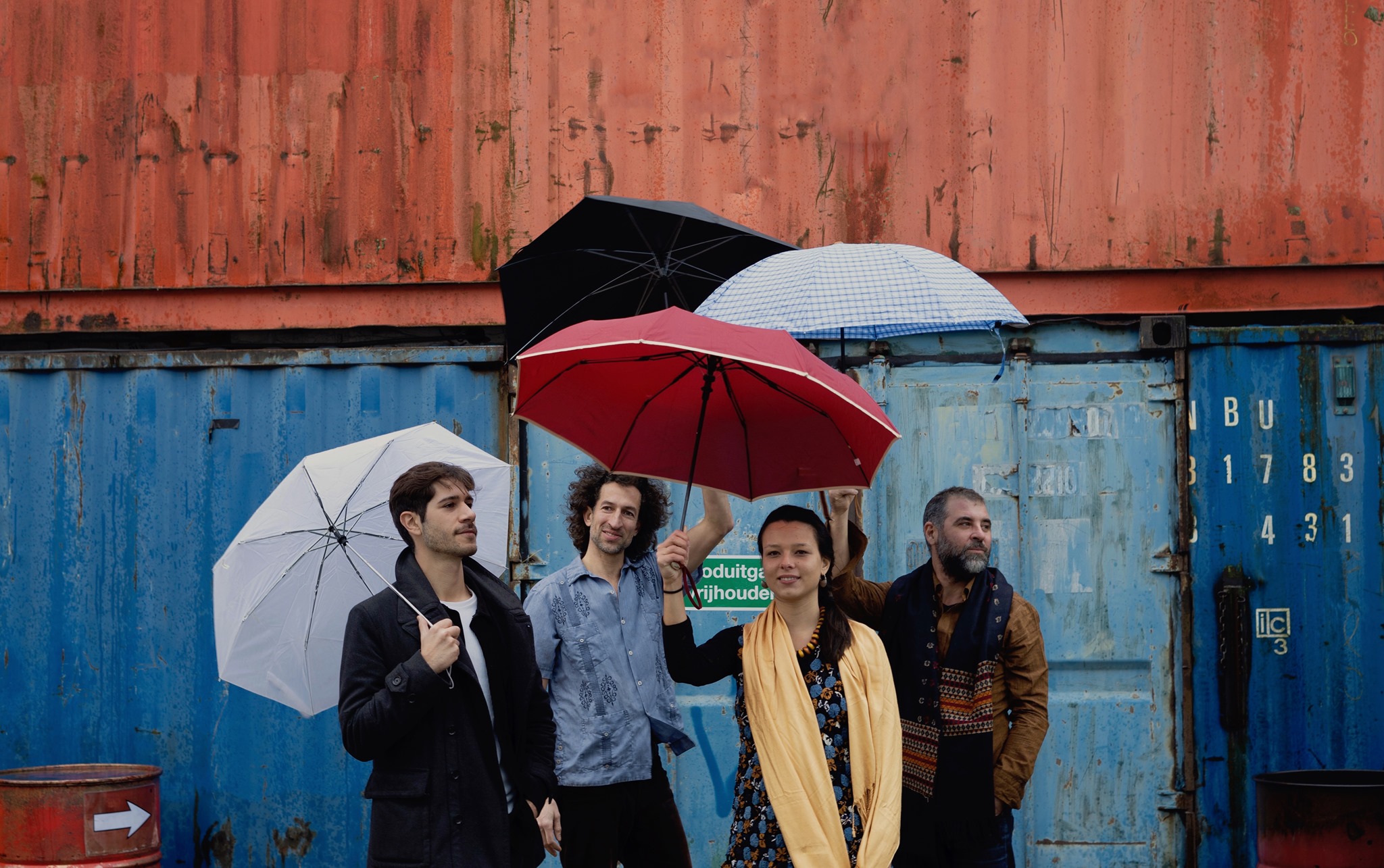 MAGIC CARPET SESSIONS | Adventurous, intimate & crossing borders with music from around the world

We are back after a long long lock down!
To celebrate this we double the time of music. Not 1 but 2 concerts a night.

A musical voyage through the world of Lusophony

The Cacha Mundinho Quartet is a spanking new acoustic outfit that spontaneously arose during jam sessions of musicians living in the same neighborhood who took the time to delve into new sources of musical inspiration. Since the cultural sector lockdown was initiated on March 13, 2020, Joana Almeida and percussionist Sjahin During have been occupied with this new formation, intent on interconnecting the rich Lusophone music cultures.

The word ‘cacha’ comes from Cape Verdean creole and is a corruption of “catch”, ‘mundinho’ comes from mundo and means “small world” … Cachamundinho: “catch a small world”

Vocalist/guitarist Joana Almeida provides the compositions, and enriched with the collaboration of Sjahin During on percussion, José Soares on saxophone, Felix Hildenbrand on contrabass.

Almeida came to live in Amsterdam in 2020 and has dedicated her life to follow a unique path: she is the first female, classical fado guitarist in Portugal. She composes original pieces in Portuguese, inspired by fado and traditional Portuguese troubadour songs but with her own unique and contemporary take on tradition. Elements from Cape Verdean and Brazilian music are combined with the improvisatory agility of top-notch jazz. The Cacha Mundinho Quartet has its own sound, to honor the Lusophone world.

Accompanied by José Soares, originally from Portugal, but now based in Amsterdam having graduated from the Amsterdam Conservatory. Soares works with such musicians as Suyn Mi Hong, Harmen Fraanje and Fuensanta Mendéz. Felix Hildenbrand on contrabass is already a veteran in the jazz and world music scene and performed with fado vocalist Maria de Fátima, jazz guitarist Anton Goudsmit, trumpeter Eric Vloeimans and saxophonist Efraïm Trujillo. Sjahin During is the percussionist and initiator of the group and known with his international established ensembles such as Arifa & Namibian Tales.

The Cacha Mundinho Quartet is a sparkling new offshoot from the centuries old tree of the Lusophone music cultures.

★ Special thanks to AFK supporting live music at Mezrab ★