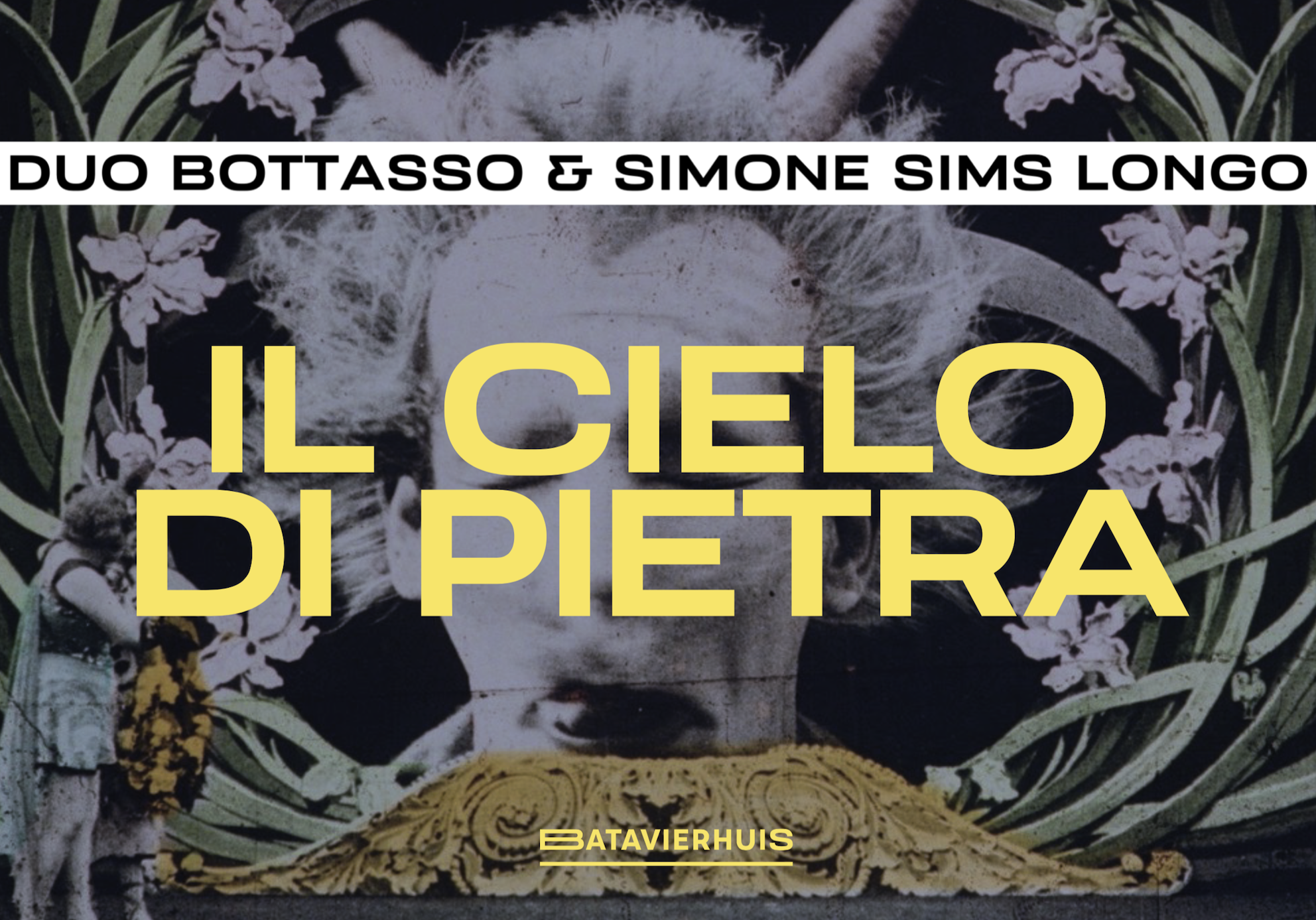 IL CIELO DI PIETRA (“The Stone Sky”) is a musical, visual and sonic show created with footage from cinematographic experimentation.

At the beginning of XX century directors such as Segundo de Chomon, Georges Mèliés, JC Mol were experimenting on color, special effects and in the investigation of the microscopical details. Now the Bottasso brothers and Simone Sims Longo have composed a new audiovisual show enhancing the visionary approach of these directors, processing the films with modern digital means and playing with the degradation that time operated over the film material. A contemporary tribute to the first cinema projections, where the music was played live, where a voiceover might burst in, the film could “skip” or catch fire and the material of the nitrate film itself takes over the foreground.

Duo Bottassoare two brothers coming from Italy; they work mainly in the field of world music. The Duo is always looking for a meeting point between their roots as folk musicians and their interest in contemporary and improvised music. All these combined with their brotherhood and the desire of keeping alive the traditions of their native land. Duo Bottasso & Simone Sims Longo won in 2019 the Premio Loano per la Musica Tradizionale Italiana”: <> As a trio, they performed in MACRO – Museo d’Arte Contemporanea Roma, Torino Fringe Festival, Festival Ethnos (Naples), Kaltern Pop Festival (Bolzano), Alpentöne – Internationales Musikfestival, Altdorf/Uri (CH).

This show has been realized in collaboration with the Eye Filmmuseum of Amsterdam (Fantasia of Color in Early Cinema collection) and the Swiss world music festival Alpentoene. This event is realized through funding by Nuovo Imaie (articolo 7 L. 93/92).