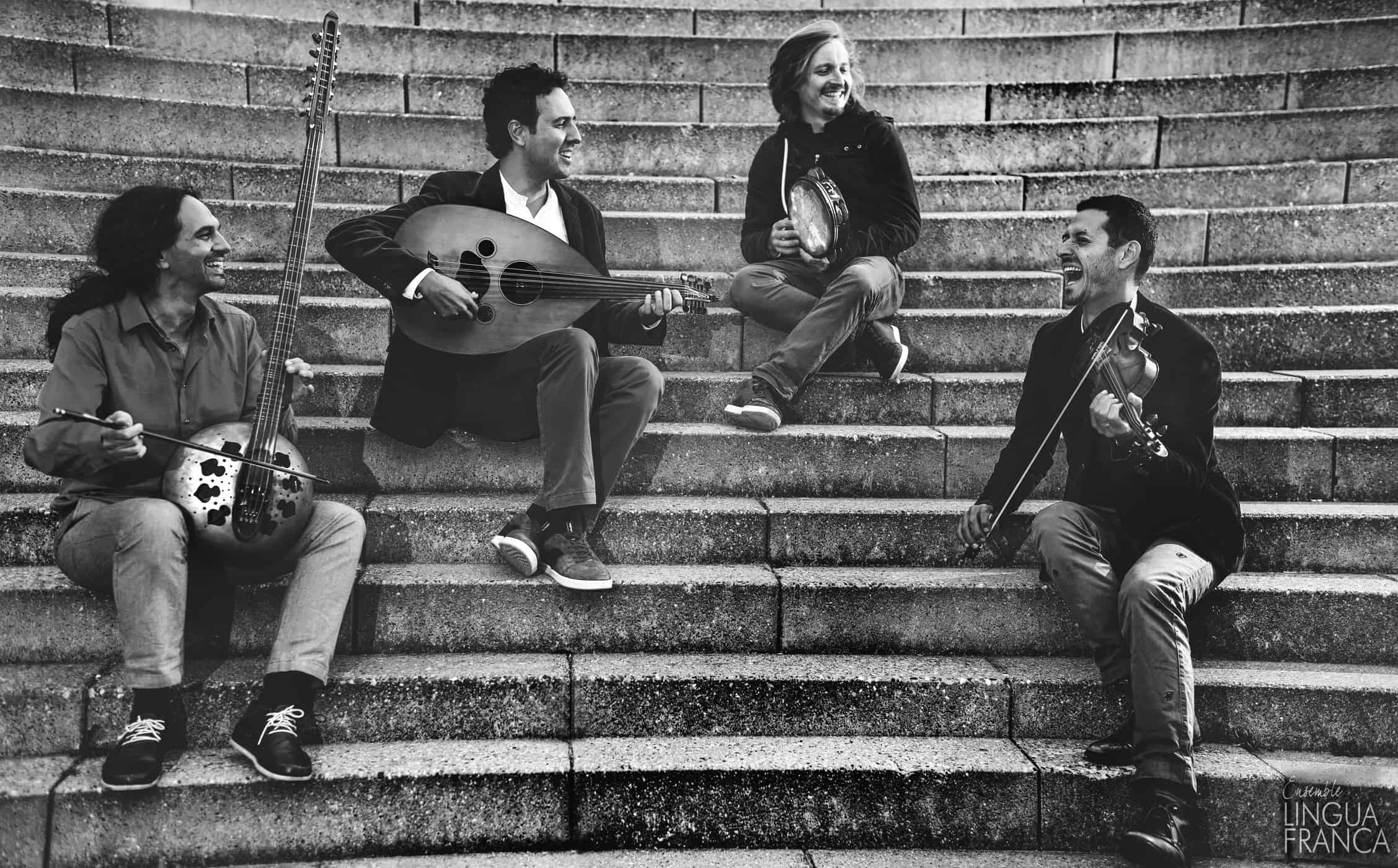 Lingua Franca circumnavigates on a musical wandering.
A journey during which the rich eastern mediterranean traditions and western music elements blend and compose colorful soundscapes using music as their common language.

The ensemble creates and performs music with respect to the character of the modal music cultures. Being free from the need to create expressive exaggerations, Lingua Franca Ensemble leads the audience on an emotional journey, offering euphoria.

The program of the concert will be based on the music from their new CD “Ephemera” which was released in 2017.

Just as a photographs capture images, “Ephemera” uses music to frame emotions that are normally condemned to fleeting transience. From the flash of amusement in a carefree child, to moments of longing due to separation, to the stages one passes from grief to acceptance, Ephemera unveils the power of these elusive emotions in our lives; emotions that pass unnoticed in an instant, but can leave a lasting trace over our conscious choices.