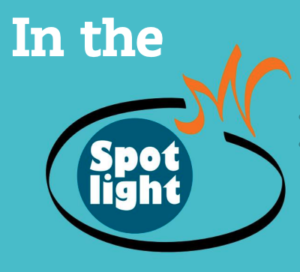 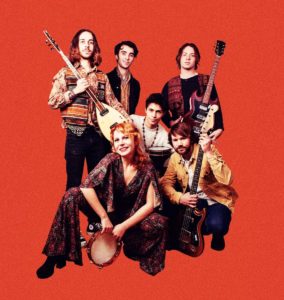 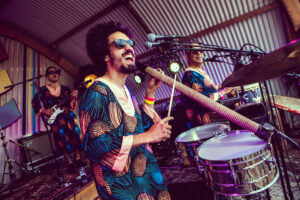 Venezuelan born Alex Figueira is no stranger to 70’s tropical music. Though primarily known for the psych outfit Fumaça Preta, Figueira is also committed to experimentation with his other group, Conjunto Papa Upa. The vintage venturer digs deeply into the buried traditions of his native country, connecting the dots that were left hanging in the 500+ years of Afro-Caribbean musical cross-pollination including psychedelica, surf, samba, old school salsa and funk. Their sarcastic lyrics prtray the complexity of the current socio-political situation in Venezuela. “It’s hard to believe this has been recorded nowadays. It sounds like Santana before their first album!” Alt Latino, NPR Radio (USA) 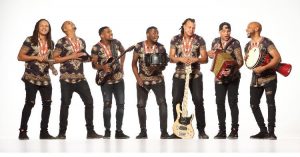 offWomex 2018 Dutch World Stage
Tabanka is a young Cape Verdean group from Rotterdam, whose music has been inspired by older Cape Verdean artists such as Américo Brito and Bitori. The seven-piece band has a fresh take on funaná. This upbeat festive music and dance style, once forbidden by the Portuguese colonial rulers, became part of post-independence Cape Verdean identity in the 80’s. Funaná derived from descendants of slaves, mixed with contemporary pop and jazz. The base of funaná are the diatonic accordion (gaita) and the rasping sound of the ferrinho, a notched metal bar played as a Caribbean guiro. Tabanka is famous for its exuberant live shows on which it is impossible not to dance. 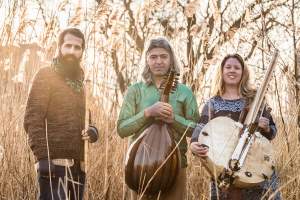 Who pulls the strings in popular music? After the guitar-era of rock and folk the arabic ud and African kora are making waves. With pure virtuosity the Mehmet Polat Trio fuses the stringing sound of ud and kora with the deep voice of the ney-flute. They blend the rich musical traditions of the Balkans, Middle East and West Africa with a modal jazz approach. The compositions of outstanding ud-player Mehmet Polat give way to tempting improvisations. Every performance is an invitation to an adventurous musical journey from bygone traditions to the innovatiove present. 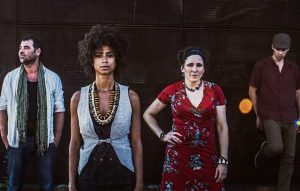 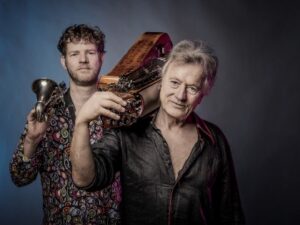 What happens to local musics in a globalized world? At least more than one can imagine since Dutch clarinettist Steven Kamperman teamed up with French ‘living legend’ Valentin Clastrier, generally regarded as the inventor of the modern hurdy-gurdy. The result is unusual and spectacular: think of angular chromatic melodies and shamanistic bass waves, blending with intens improvisations. Ian Anderson donated their dubte Fabuloseries with five stars in Froots: “Little can prepare you for the range of ideas and the extraordinary sound palettes they extract out of a pair of instruments.”Dutch leading music critic Ton Maas wrote in Mixed World Music: “A musical converstayion that keeps you on the tip of your toes. This is the record of the year!”Indeed, a duelling duo that definitely ‘rocks’.